What gets 416 mentions in the Bible? more 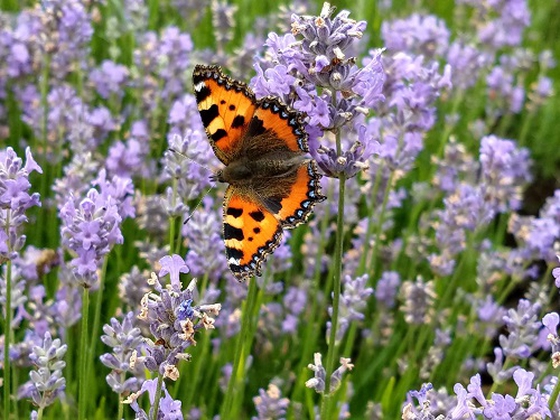 A few years ago, a group of people from these parishes visited the Franciscan Friary at Hilfield in

And because of that belief, they believe that our world is sacred, and they spend their lives nurturing their small part of it, cherishing it, growing their own food, and welcoming visitors to share in their vision.  It’s a vision echoed in the psalm we have just heard.

And as our psalm reminds us, this world does not belong to us. However you imagine God, whatever your concept of God is—whether as an all-powerful person managing the affairs of the world, or as the force of love which brought order out of the chaos of the universe’s beginnings, it is a fact that this world, this planet, belongs to God, and it is lent to us to look after it, which we are dismally failing to do.

Going on from this thought, the phrase in our Gospel reading struck me: ‘whoever welcomes a prophet will receive a prophet’s reward’.  At first sight, it sounds rather an encouraging saying from Jesus.  But, thinking again, a lot of the Old Testament prophets came to a very sticky end, since their frankness and warnings made them very unpopular.  Their ‘reward’ was a hard one.

And that made me think of our modern day prophets.  They are the climate change scientists, giving us warning about rising global temperatures and all the hazards that come with it.  They are the environmentalists, warning us about the effect our lifestyles, our consumerism, our wastefulness, are having on the plant life and animal life of this planet.  And our modern day prophets are no more easily welcomed than those in the Old Testament.

We’ve been watching more television during the lockdown than usual, and there is a particular channel which must offer a good deal to the animal welfare and wildlife charities who wish to advertise, since there are a lot of them there.  I find it really difficult to watch those adverts, with pictures of slaughtered elephants and rhinoceroses and snow leopards, and would much rather turn the TV off and pretend it isn’t happening, it is so painful.

But these are some of our prophets.  We love watching David Attenborough, with his beautifully made documentaries and astonishing photography—but there’s always the sting in the tail, because if we don’t do something fast, as he says, these creatures will become extinct.

What can we do?  There is a strong temptation to shrug our shoulders, think ‘there’s nothing I can do about it’, and carry on as before.  But the gospel gives us a nudge in the right direction.  We must listen to our prophets, and support them, adding our voices to theirs when they try to sway the way the world develops as it emerges from the lockdown.  We must donate to worthwhile wildlife and environmental charities, and study our own lifestyles to see what changes we can make.  We mustn’t turn away, if we want to leave our world a happier and healthier place for our children and grandchildren.