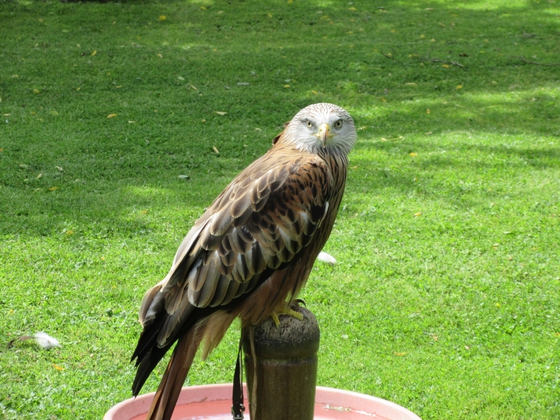 Do Not Judge Another

Welcome those who are weak in faith, but not for the purpose of quarrelling over opinions. Some believe in eating anything, while the weak eat only vegetables. Those who eat must not despise those who abstain, and those who abstain must not pass judgement on those who eat; for God has welcomed them. Who are you to pass judgement on servants of another? It is before their own lord that they stand or fall. And they will be upheld, for the Lord is able to make them stand.

Then Peter came and said to him, ‘Lord, if another member of the church sins against me, how often should I forgive? As many as seven times?’ Jesus said to him, ‘Not seven times, but, I tell you, seventy-seven times.

‘For this reason the kingdom of heaven may be compared to a king who wished to settle accounts with his servants. When he began the reckoning, one who owed him ten thousand talents was brought to him; and, as he could not pay, his lord ordered him to be sold, together with his wife and children and all his possessions, and payment to be made. So the servent fell on his knees before him, saying, “Have patience with me, and I will pay you everything.” And out of pity for him, he released him and forgave the debt.

But that same servant, as he went out, came upon one of his fellow-servants who owed him a hundred denarii; and seizing him by the throat, he said, “Pay what you owe.” Then his fellow-servant fell down and pleaded with him, “Have patience with me, and I will pay you.” But he refused; then he went and threw him into prison until he should pay the debt. When his fellow-servants saw what had happened, they were greatly distressed, and they went and reported to their lord all that had taken place. Then his lord summoned him and said to him, “You wicked servant! I forgave you all that debt because you pleaded with me. Should you not have had mercy on your fellow-servant, as I had mercy on you?”

It’s probably going to be true to say that the past few months will have taught most of us many things – many lessons or many truths. Perhaps we’ve encountered the little foibles of those we live amongst with a little less enthusiasm or tolerance than we might have done in the past, when we encountered them less often. Perhaps we’ve encountered a care and concern for others coming from unexpected people, offers of help may have come from previously un-thought of corners of our communities, to us and to others. Maybe we’ve discovered a new found respect for some people and the life that they live, or a new awareness of the problems others are living with – a realisation of the fragility of the life some folks are living, of their difficulties and their sorrows.

And perhaps in recent months we’ve also encountered our self in a new way; seen how some of our ways of relating or behaving are not always as helpful or caring as they might be, realised where we may be able to lend a helping hand, do a task for a friend or neighbour, something which is just a small job for us but which has a big impact on the other person’s daily life, or on their well-being. We’ve maybe encountered our own weaknesses with regret and unease, but hopefully we’ve also been able to experience our strengths in a positive and affirming way.

In the Letter to the Romans Paul declares that some people believe in eating anything, while others are vegetarian. Some people believe that one day is more important than other days, while others believe that all days carry an equal importance. Those may seem like unimportant and insignificant details of people’s lives, and in many ways indeed they are, but so often it’s the unimportant and seemingly insignificant details which are taken out of context and out of proportion that go on to cause the most difficulty, disunity and pain in our communities and in our world.

The reading from Matthew’s Gospel carries a very similar message within the context of how much forgiving of others we might be expected to do. Must I forgive the one who offends me as many as seven times says Peter? We can almost see the wry smile on Jesus face as he tells Peter that he’s way off the mark in his calculation here. Not a tiny little seven times says Jesus but seventy-seven times – or in some translations seven times seventy times. That’s clearly meant to mean don’t keep count, just be prepared to forgive, and to keep on forgiving.

That’s not necessarily an easy message. It’s not a comfortable story to read or to ponder on, but it’s clearly linked to that notion we encountered in Romans that there isn’t any one right way, people will always do things differently and whatever the way that each of us chooses– to complete our task, to live our life, to express our faith – is never the only way. In Matthew’s story the one man is released from his significant debt but then himself refuses to release another from theirmuch smaller debt to him. Forgiveness, says the parable, is a two way street, and we all walk both ways along that street. Forgive because you’ll always be in need of forgiveness yourself; but forgive also because it’s the generous, loving and caring action, and it helps us all to keep life’s ups and downs, our carelessness, thoughtlessness and failures of compassion – and that of others – in a more realistic perspective.

The Lord is merciful and gracious;
slow to anger and abounding in steadfast love.
He will not always accuse,
nor will he keep his anger for ever.
He does not deal with us according to our sins,
nor repay us according to our iniquities.
For as the heavens are high above the earth,
so great is his steadfast love towards those who fear him;
as far as the east is from the west,
so far he removes our transgressions from us.
As a father has compassion for his children,
so the Lord has compassion for those who fear him.

A Collect for this week

defend your church from all false teaching

and give to your people knowledge of your truth,

that we may enjoy eternal life;

through Jesus Christ our Lord. Amen

Take some time to pray in silence for those who are sick,

those who are bereaved,

those who are struggling with the restrictions to daily life,

and those who are on your own heart and mind this day.

Our Father, who art in heaven.

Hallowed be thy name.

Thy kingdom come, Thy will be done,

on earth as it is in heaven.

Give us this day our daily bread

and forgive us our trespasses

as we forgive those who trespass against us.

Lead us not into temptation

but deliver us from evil.

For thine is the kingdom,

the power and the glory,

for ever and ever. Amen.

The Lord bless you and keep you.

The Lord make his face to shine upon you, and be gracious unto you.

The Lord lift up the light of his countenance upon you and give you peace.